A Conversation on Information Architecture, Innovation, Information, and the Future of UX

Today’s ubiquitous modalities of “web browser” and “iPhone” pale in comparison to the information experiences TEDsters marveled at 30 years ago. As far as Richard Saul Wurman is concerned, the next modality for interacting with and understanding information is one that we can’t get to from here. So: how do we get there? In this webinar discussion with Mr. Wurman, Dan Klyn of The Understanding Group (TUG) and the panel will ask Mr. Wurman those questions. 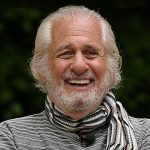 Richard Saul Wurman is an American architect and graphic designer who has written, designed and published 90 books, created and chaired countless conference gatherings (including the TED conference circa 1984-2002), and re-invented seemingly mundane information products like travel guides and the yellow pages.

Mr. Wurman believes that when it comes to information, interaction, and understanding, the future we want to live in is a future that we can’t get to from today’s paradigm of websites and apps and iPhones.

Who’s going to find this better future first? What kinds of innovation are required to get there. This Webinar discussion with Mr. Wurman will ask those questions.

Dan Klyn’s focus in teaching and in practice has been to apply lessons from close study of architects and architecture in the built environment to the architecture and design of places made of information.

Dan is currently writing a biography on Richard Saul Wurman, American author (90 books), graphic designer and the creator of the TED conference series.